Cartoon of the Day: Liberty vs. Safety 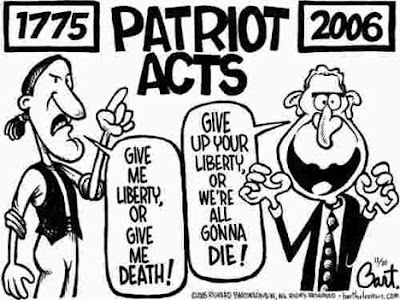 Posted by Jewish Atheist at 3:10 PM

Talking of bushes. The human evolutionary tree is looking bushier than ever. Will there be a post on the evolutionary implications of new fossils in kenya? We really don't know as much as we thought we did about human evolution but that only strengthens the general presumption that natural phenomena are to be explained naturally as opposed to supernaturally. The great variety of human like species only points a stronger finger at the fact that there was a common ancestor even though we don't know who he was.

Love it! Just forwarded to every Democrat in my family :-)

An excellent take on the fossils story can be found at
http://scienceblogs.com/authority/2007/08/new_fossils_and_our_understand.php