Compartmentalization Observed in the Wild

At the Conservative Passover seder I attended this year, the woman next to me told me that she is a middle-school ancient history teacher. I asked her if that included Egypt, and she said, "Of course."

"Let me ask you something," I said. "Is there any evidence that the Jews were ever in Egypt, outside of Jewish sources?"

She smiled and said, "You know, I was talking to my Rabbi a few days ago about how the anthropological record compares to some of the events recorded in the Torah. Basically, we decided that faith is faith and anthropology is anthropology. But faith is still important."

(Previously on compartmentalization.)
Posted by Jewish Atheist at 8:28 PM 24 comments

A Meme: Beauty in the 20th Century

Blog-friend Mark had a good idea for a meme:

The 20th century gave us much that was not beautiful such as the Killing Fields, Auschwitz, Holodomor, Stalingrad, and that list continues much too far. However, every age has beauty to claim as its own. Doestoevsky claimed that “beauty would save the world.” In this vein it seems imperative that we remark and remember beauty that is in our midst.

This particular meme invites the partipants to name five things of transcendent beauty that were discovered or created in the last 100 years. Name them, explain why you find it beautiful and then instead of tagging N others to pass it along, if you read this and think beauty important … take it up!

Jordan epitomized the combination of ferocity and beauty that represent sports at their most beautiful. 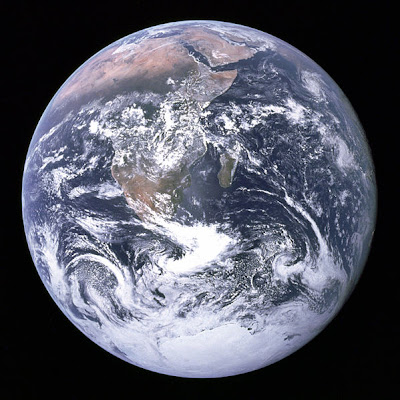 The definition of "transcendent." Just mind-blowing.

Terrible violence and incomprehensible power in such a little equation. I believe it may very well kill all of us. Today, incidentally, is the birthday of Robert Oppenheimer, who quoted the Bhagavad-Gita after the first nuclear explosion: "Now, I am become Death, the destroyer of worlds."

So haunting in the distance between reality and utopia.

I surprised myself with this one. I don't even really like this movie, because it's so slow I can't stand to watch it. But film was by far the most important art form of the 20th century and I just can't say that any other movie is as beautiful.
Posted by Jewish Atheist at 11:11 AM 18 comments

From Creationists to Cdesign Proponentsists: The Fraud of "Intelligent Design"

For years, ID proponents have denied that ID is just a new label for creationism. Just google the Discovery Insitute website on the phrase “not creationism.”

It is now well-known that the first “intelligent design” book, Of Pandas and People, was originally a classic “two-model” creationism vs. evolution book named Creation Biology. (See a list of the Pandas drafts, with quotes, here.) As Barbara Forrest showed during her testimony, Pandas was reborn as an “intelligent design” textbook in 1987, mere months after the Supreme Court ruling against creation science in Edwards v. Aguillard came down.

No ‘word-processor-conspiracy-theory’ from Forrest can change the fact that Pandas’ arguments were always distinct from those of traditional ‘creationism’.*

Well, courtesy of the sharp eyes of Dr. Barbara Forrest, we have now discovered the Missing Link between creationism and ID. Since these unpublished drafts of Of Pandas and People have been introduced as exhibits in the Kitzmiller case, they can at last be quoted...

In summary, we have:

Creation Biology (1983), p. 3-34:
“Evolutionists think the former is correct; creationists because of all the evidence discussed in this book, conclude the latter is correct.”

And the creationists say transitional fossils are never discovered…

How to get a child to grow up believing that God wrote the Five Books of Moses:

Immerse him in Orthodox Judaism from day one. Spend thousands of dollars sending him to Orthodox schools. Insulate him from non-Jews and non-religious Jews. Shield him from any mention of the documentary hypothesis. Assure him that commentators like Rashi and Tosfos know more about the Torah than any secular Biblical scholar. Make him believe that Orthodoxy is dependent on certain beliefs and that if he leaves Orthodoxy, he loses his community. And maybe your love, as well. Expose him to speeches almost every day about the beauty and necessity of the Torah. Have him study the Talmud for years and insist that the Talmud's analysis of every verse as if it were dictated by God is not only true, but was also given to Moses at Sinai.

How to get a child to grow up believing that the Five Books were written by men:

Don't send him to an Orthodox school.

Any questions?
Posted by Jewish Atheist at 12:54 PM 71 comments

After the Paradigm Shift

I wince when I hear the phrase "paradigm shift," because it's so tied into business buzzword BS, but it is an important concept. Those of us who have left Orthodoxy have experienced a major one -- our understanding of everything has been upended and we can never return to seeing things the same way as we once did.

DBS explains it well in his new post. Excerpt:

There is a very tangible change which happens some time after you have left religion and have had a chance to reacclimate to the world. At some point, you look back at the belief system which you left behind and feel a sense of shock at what you see.

This may really be the point of no return. Up until then, there is a sort of built in defensiveness in your thinking. You have all of your reasons – logical and moral, all worked out in your mind - as if you have to justify your choice to leave the Orthodox world. But at that moment, you suddenly grasp that the shoe belongs firmly on the other foot. You have the powerful feeling of seeing, for the first time, your old beliefs on equal footing with the claims of the other religious groups.

And, just as suddenly, your need to justify your ideas evaporates. “Am I really concerned about explaining why I don’t believe in this outrageous mythology?” “Am I really worried about proving that I’m still moral?” You feel, for the first time, that it would be just as absurd to have to justify why you are not a Mormon or Scientologies.

From this side of the shift, I cannot understand how smart, educated people continue to believe in Orthodox Judaism. I know that sounds arrogant, but it's true. I literally cannot understand it. I've come up with various hypotheses ranging from psychological mechanisms to the idea that a lot of them are just faking it, but I don't get it at the gut level as I once did.
Posted by Jewish Atheist at 11:13 AM 6 comments

Abandoning Eden is thrilled to be moving in with her (non-Jewish) boyfriend, but doesn't know when, if, or how to tell her parents, who frankly sound pretty scary. She also has a post about protecting her parents from reality. Congrats and good luck, AE!

The Holy Hyrax has a fascinating post examining various ways that Arachim censored their version of the Venetian Haggaddah, originally printed in 1609. Bare arms and the man in the moon? Censored. Disturbing racial imagery? No problem.

Beyond BT has a typically mirror-world (to us skeptics) post about having the seder without extended family.

DovBear thinks the rabbis are right to be scared of blogs.

XGH is back and required reading, as always. Even DBS is back, albeit with only two posts so far.
Posted by Jewish Atheist at 12:07 PM 3 comments

Religion and the Monty Hall Problem

Hirhurim links to a simulator of the counterintuitive Monty Hall Problem (MHP.) Because he is Hirhurim, and not Kottke, I thought about how the MHP might apply to religion.

The MHP can be summed up as follows (via Wikipedia:)

Suppose you're on a game show and you're given the choice of three doors. Behind one door is a car; behind the others, goats. The car and the goats were placed randomly behind the doors before the show. The rules of the game show are as follows: After you have chosen a door, the door remains closed for the time being. The game show host, Monty Hall, who knows what is behind the doors, now has to open one of the two remaining doors, and the door he opens must have a goat behind it. If both remaining doors have goats behind them, he chooses one randomly. After Monty Hall opens a door with a goat, he will ask you to decide whether you want to stay with your first choice or to switch to the last remaining door. Imagine that you chose Door 1 and the host opens Door 3, which has a goat. He then asks you "Do you want to switch to Door Number 2?" Is it to your advantage to change your choice?

Most people's intuition tells them that it doesn't matter what they do -- both doors have a 50% chance of winning. If you do the math, though, (or run the simulator) it becomes clear that switching gives you a 66.7% of winning the car.

So how does this apply to religion?

Well, when you are born, you are assigned a random category (a specific religion or atheism or agnosticism or nothing) based on your parents' religion*. This is akin to choosing one of the three doors, because your category was "chosen" out of all existing categories**. However, once you learn a little bit about the world and gain the ability to reason, it's relatively easy to have Monty Hall open some of the false doors -- i.e. you may safely eliminate categories which are clearly incoherent (to you) or simply extremely improbable, like Scientology, Mormonism, and various denominations that hold of Biblical literalism.

You now have a choice akin to the two doors. By the same logic as the MHP, then, and with the added assumption that your religion isn't necessarily more likely to be true than the others***, then your best bet is to switch once you reach the age of knowledge and reason.

Things get more complex if you attempt to rate the categories you can't eliminate according to probability (e.g. you might think Catholicism is twice as likely to be true as Islam, or that Presbyterianism is slightly more likely than Anglicanism) but the overall logic doesn't change. Unless you think you can safely eliminate all other categories or you believe you can fairly rate your own as exceedingly probable, the right move is to switch.


* Obviously, this is an oversimplification, for the sake of clarity.

** The assigned categories are weighted by numbers of adherents and birthrate, of course, but that doesn't necessarily change the underlying logic, since we don't know whether popular religions are more likely to be correct or not.

*** Understanding that people are biased towards (or sometimes against) their given religion should play into this. Also, if you can eliminate your own category, you clearly have to switch.

(See also Bad Religious Arguments: Pascal's Wager, in which I argue that if your primary concern is optimizing your afterlife, you should choose a relatively probable religion that has the worst hell for nonbelievers and the surest way into heaven for adherents.)

EDIT: It occurred to me to google "Monty Hall religion" right after I posted, and it turns out at least one other person had a similar idea.
Posted by Jewish Atheist at 12:52 PM 15 comments