There's a mention of Humanistic Judaism as well.
Posted by Jewish Atheist at 10:51 PM 1 comments

Don't Forget the Reason for the Season!! 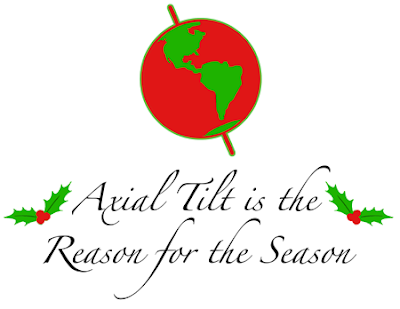 I've been staying away from this kind of in-your-face criticism of religion lately, but since I'm too polite to respond to the well-meaning secretaries at work who want me to remember that Jesus is the reason for the season*, I'll let off some steam here.


*Presumably, they believe He was conceived under some mistletoe, born on December 25th under an evergreen tree, surrounded by holly and lights, with gifts from a jolly old man who rode in on flying reindeer, 33 years before He was resurrected among bunnies who lay brightly-colored eggs?
Posted by Jewish Atheist at 1:15 PM 10 comments

Mike Huckabee Has Been Replaced!

We all know that Mike Huckabee claims to have lost 120 pounds through exercise and diet. Some people out there are claiming that he really lost the weight by having bariatric surgery and is just lying about his hard work. But I've discovered what actually happened.

Ladies and gentleman, the awful truth:

Mike Huckabee has been replaced by actor Kevin Spacey.

Here is Huckabee before the "weight loss:"

Here is "Huckabee" after:

And this is actor Kevin Spacey: 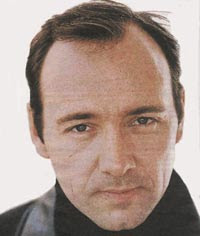 This explains why Huckabee seems like such a nice guy now when he was clearly an insane hatemonger just a few years ago.
Posted by Jewish Atheist at 10:26 AM 4 comments

Okay, so he doesn't believe in evolution. Fine, lots of people don't. Then we found out he wanted to quarantine people with AIDS... in 1992. Alright, that's a little out there, and pretty callous for a so-called Christian.

But check out these quotes from his 1998 book Kids Who Kill: Confronting Our Culture of Violence.

It is now difficult to keep track of the vast array of publicly endorsed and institutionally supported aberrations—from homosexuality and pedophilia to sadomasochism and necrophilia.

The Huckster's not a fan of us atheists either:

Men who have rejected God and do not walk in faith are more often than not immoral, impure, and improvident (Gal. 5:19-21). They are prone to extreme and destructive behavior, indulging in perverse vices and dissipating sensuality (1 Cor. 6:9-10). And they—along with their families and loved ones—are thus driven over the brink of destruction (Prov. 23:21).

Gotta love a presidential candidate who thinks (Gal. 5:19-21) is a good citation in a book about the causes of teen violence.


Via Andrew Sullivan.
Posted by Jewish Atheist at 10:07 AM 1 comments

The Myth of the Importance of Executive Experience

Is a governorship better training than a career in the Senate?

A website called infoplease has a convenient list of all the presidents' previous job experience. Here is my summary of the last hundred years:

I don't see any correlation between executive experience and competent presidency. Do you?

*Eisenhower gets bonus points for his super-awesome previous title of Supreme Allied Commander. "President" sounds like a step down.

Best Line of the Debates So Far

"Hillary, I'm looking forward to you advising me as well."

You can donate to Obama here.
Posted by Jewish Atheist at 10:04 AM 7 comments

Torture, the Rule of Law, and our Miraculous Bill of Rights

I can imagine a scenario in which torturing someone would be the lesser of two evils -- even the moral thing to do, absent other factors. So can many other people. But "other factors" are not absent when we're debating the use of torture authorized by the United States government. The exact same reasoning could be applied to allowing police officers to use torture or to search without warrants or to... really, anything.

Sometimes I wonder how our founders ever managed to get the Bill of Rights ratified. In today's America, almost every one of those ten Amendments would be too controversial to pass. Let's look:

First: I'd bet 30% of Americans would support outlawing Islam, for example, and a larger number would no doubt support currently unconstitutional restrictions on speech and press. Probably more than the third necessary to sink the Amendment would support some governmental "respecting" of Christianity.

Second: Certainly more than a third of Americans would want to restrict it, at least to ban "assault weapons."

Third: Not really an issue any more, but I can't exactly picture Limbaugh or Hannity defending it. Refusing to let the government house our heroic soldiers in your home? Talk about unpatriotic!

Fourth: Are you kidding me? We don't support this one even though it actually got ratified.

Fifth: The spinmeisters would just put forward one repeat murderer who would have been locked up but for a technicality in his first and only trial. No way this would be ratified.

Sixth: You want to give that murderer the right to counsel????

Seventh: We're going to waste our tax dollars going through a trial by jury for that pedophile????

Eighth: "Cruel and unusual???" We just want to castrate that child rapist!

Can you imagine any of these passing today? What's changed? What does this have to do with legalizing torture? Is there a difference between torturing a suspected "terrorist" and a suspected serial killer? If so, why?
Posted by Jewish Atheist at 3:24 PM 18 comments

The hardest part about not being Orthodox any more is how to pronounce words like Hanukkah/Chanukah. If I say "Chanukah" but am clearly neither Orthodox nor Israeli, I'm self-conscious because it's like I'm being pretentious. And people will actually make fun of me. And saying "Hanukkah" just feels wrong.

Biblical names are also fun. I'll be in the middle of a conversation every now and then and have to think, "How do you pronounce Esau, anyway?" "Laban? Is that Lavan in English?"
Posted by Jewish Atheist at 4:29 PM 6 comments

One of the few positive things I've said about Bush is that he consistently includes "people of no faith" when he's speaking about religious diversity in America. I honestly appreciate that.

From his speech on Mormonism the other day, it appears that Mitt Romney would not do the same if he were elected.

No Freedom Without Religion?
There's a gap in Mitt Romney's admirable call for tolerance.

RELIGIOUS liberty is, as Republican presidential candidate Mitt Romney declared yesterday, "fundamental to America's greatness." With religious division inciting violence across the globe, he is right to celebrate America's tradition of religious tolerance. He's right, too, that no one should vote against him, or for him, because he is a Mormon. We only wish his empathy for religious minorities such as his own extended a bit further, to those who do not believe in God.

It is regrettable that 47 years after John F. Kennedy felt the need to promise voters that his Catholic faith would not dictate his conduct as president, Mr. Romney felt compelled to offer similar assurances that "no authorities of my church, or of any other church for that matter, will ever exert influence on presidential decisions." It's regrettable, too, that the skepticism and even hostility some voters feel toward Mormonism has been played upon by the man who has emerged as his chief rival in Iowa, former Arkansas governor Mike Huckabee, who is running commercials that proclaim him to be a "Christian leader." That is why Mr. Romney felt the need to detail his creed: "I believe that Jesus Christ is the son of God and the savior of mankind." If, as Mr. Romney correctly says, the country's founders took care not to impose a religious test for any public office, a candidate's belief, or not, in the divinity of Christ ought to be irrelevant.

Where Mr. Romney most fell short, though, was in his failure to recognize that America is composed of citizens not only of different faiths but of no faith at all and that the genius of America is to treat them all with equal dignity. "Freedom requires religion, just as religion requires freedom," Mr. Romney said. But societies can be both secular and free. The magnificent cathedrals of Europe may be empty, as Mr. Romney said, but the democracies of Europe are thriving.

And shame on Huckabee, for his "Christian leader" campaign.

In a speech Romney was forced to give because he feared unfair discrimination, Romney did not stand against intolerance. Instead, he simply asked that it not be directed against him, a man of faith. You can be intolerant, but do it to them, over there. They're even more different.

It's like when black activists oppose gay rights -- all the more infuriating because they of all people should know better.
Posted by Jewish Atheist at 12:53 PM 8 comments

Iran Not Pursuing Nukes; Bush and Cheney's Push for War is Over

A major U.S. intelligence review has concluded that Iran stopped work on a suspected nuclear weapons program more than four years ago, a stark reversal of previous intelligence assessments that Iran was actively moving toward a bomb.

The new findings, drawn from a consensus National Intelligence Estimate, reflected a surprising shift in the midst of the Bush administration's continuing political and diplomatic campaign to depict Tehran's nuclear development as a grave threat. The report was drafted after an extended internal debate over the reliability of communications intercepts of Iranian conversations this past summer that suggested the program had been suspended.

The new estimate, prepared by the nation's 16 intelligence agencies, applied the same "high confidence" label to a judgment that suspected Iranian military efforts to build a nuclear weapon were suspended in 2003 and said with "moderate confidence" that it had remained inactive since then.

Even if Iran were to restart its program now, the country probably could not produce enough highly enriched uranium for a single weapon before the middle of the next decade, the assessment stated. It also expressed doubt about whether Iran "currently intends to develop nuclear weapons."

President Bush got the world's attention this fall when he warned that a nuclear-armed Iran might lead to World War III. But his stark warning came at least a month or two after he had first been told about fresh indications that Iran had actually halted its nuclear weapons program.

The new intelligence report released yesterday not only undercut the administration's alarming rhetoric over Iran's nuclear ambitions but could also throttle Bush's effort to ratchet up international sanctions and take off the table the possibility of preemptive military action before the end of his presidency.

Meanwhile, how outrageous is it that the best twelve months of alarmism from Bush & Cheney have come in the context of an environment where they've long had access to the intelligence community's assessment? Answer: Very outrageous.